After designing the trophy for the 2017 Festival, Jean-Pierre Stephan approached us. The subject was to design a new trophy for the Food Festival Festival’s 10th anniversary, themed around boldness. It’s been a pleasure working with their new mentor ! Romain Meder, the Michelin star chef who runs the Alain Ducasse restaurant at the Plaza Athénée in Paris… Where some of our creations can be found alongside Romain’s food.

Once the Agency accepted this project, the big challenge was to find a way to associate the theme – ‘boldness’ – with the symbol for the Lentille d’or (the name of the Festival prize). And the actual object itself which is to be displayed on a shelf or fireplace at the awards ceremony for the 6 prize-winning photographers. Our trophy was inspired by the ‘Essential’ collection. We designed it for porcelain maker Raynaud in Limoges in 2016. A free interpretation of the work of Pierre Gagnaire with a collection of smaller versions of the principal tableware item for serving different variations of a given dish.

We decided to convert useful every day objects into a piece of art. For example similar to Ready-made pieces. Or yet to question the way we view an object or to show a different perspective just as photographers do when they photograph an object… We were also inspired by the work of certain artists such as Marcel Duchamps, Jackson Pollock and Carl André and the way they chose to modify one element, or the framing, or turn the object on its head.

In terms of style, it was all about creating a trophy from existing pieces of fine porcelain tableware.
Our Agency is very proud of its creation for this 10th edition of the International Food Photography Festival (FIPC).

Prizes were awarded to the 6 winners at the Ministry of Culture in Paris.

– Festival Grand Prix, selected by a jury presided by Romain MEDER, mentor of the FIPC 2019 and celebrities from the world of photography, gastronomy and design : Pauline Daniel

– Food Photography Grand Prix sponsored by the Ministry of Food and Agriculture with a jury co-presided by Laurence Lasserre, the Ministry’s information & communication representative and Jean Sales, President of Maison Sales with celebrities from the Food & Beverage industry : Jonathan Thévenet

– Public’s Prize where the general public is invited to send in votes for their favourite picture during the exhibition at the Town Hall in Paris’ 5th District, place du Panthéon : Caroline Rose 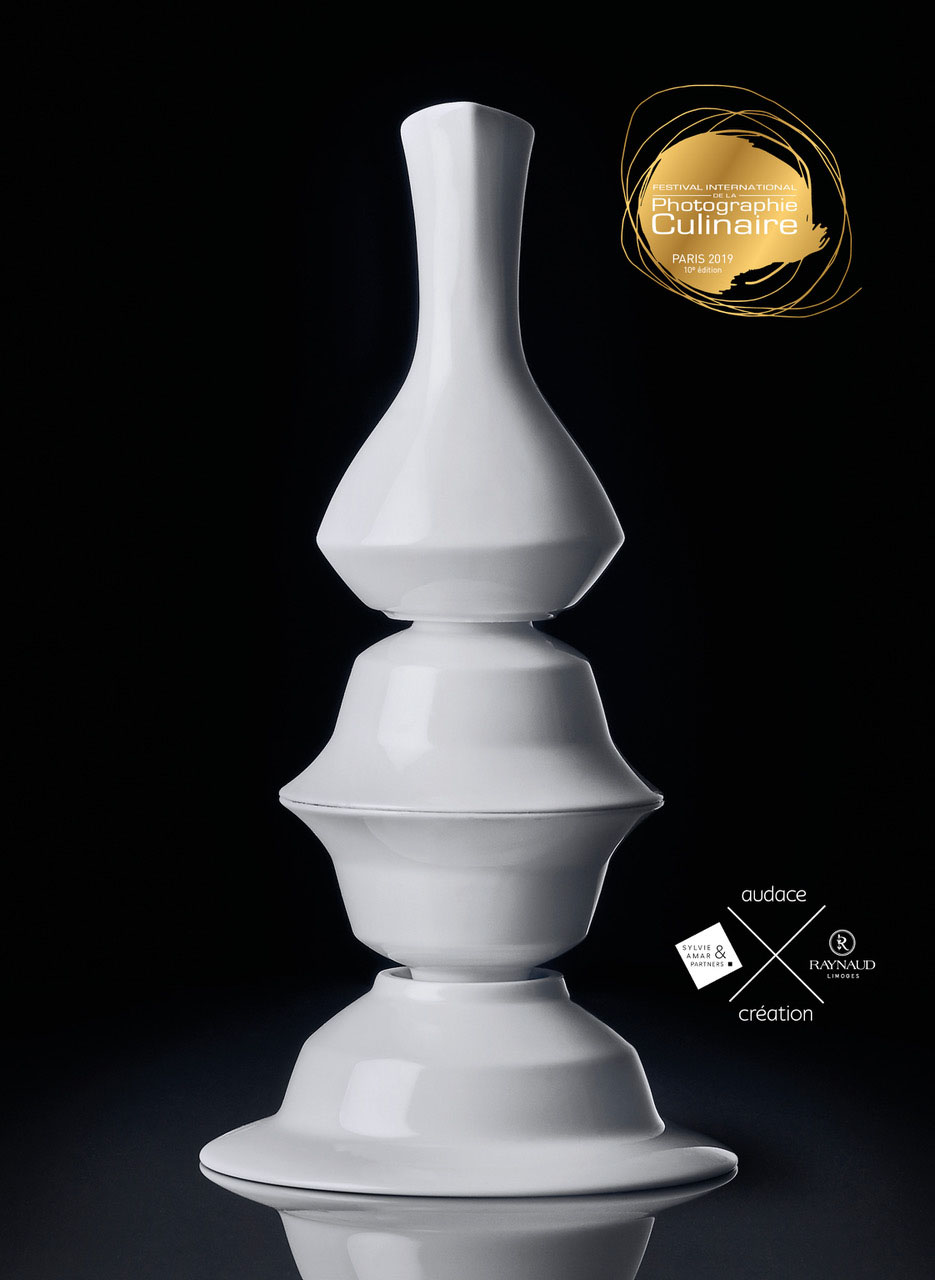 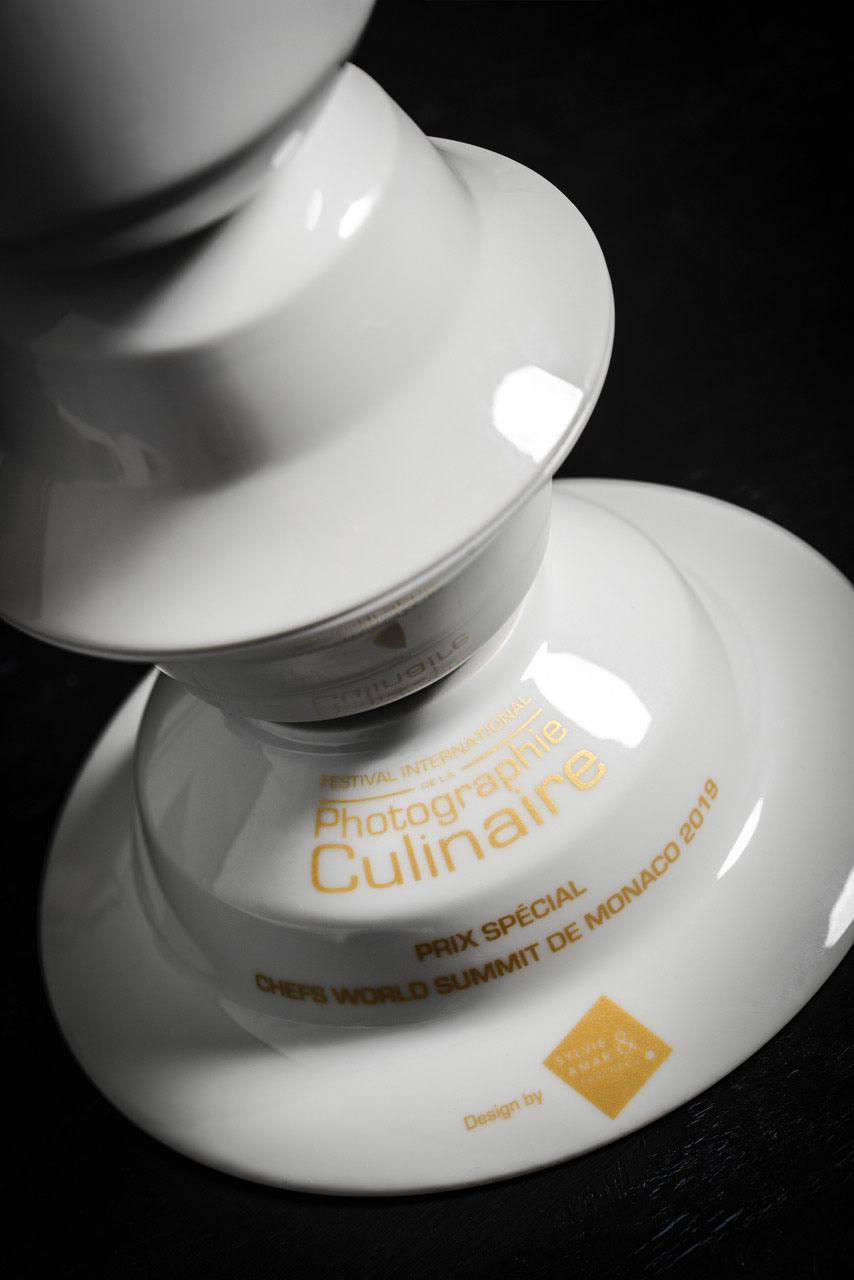 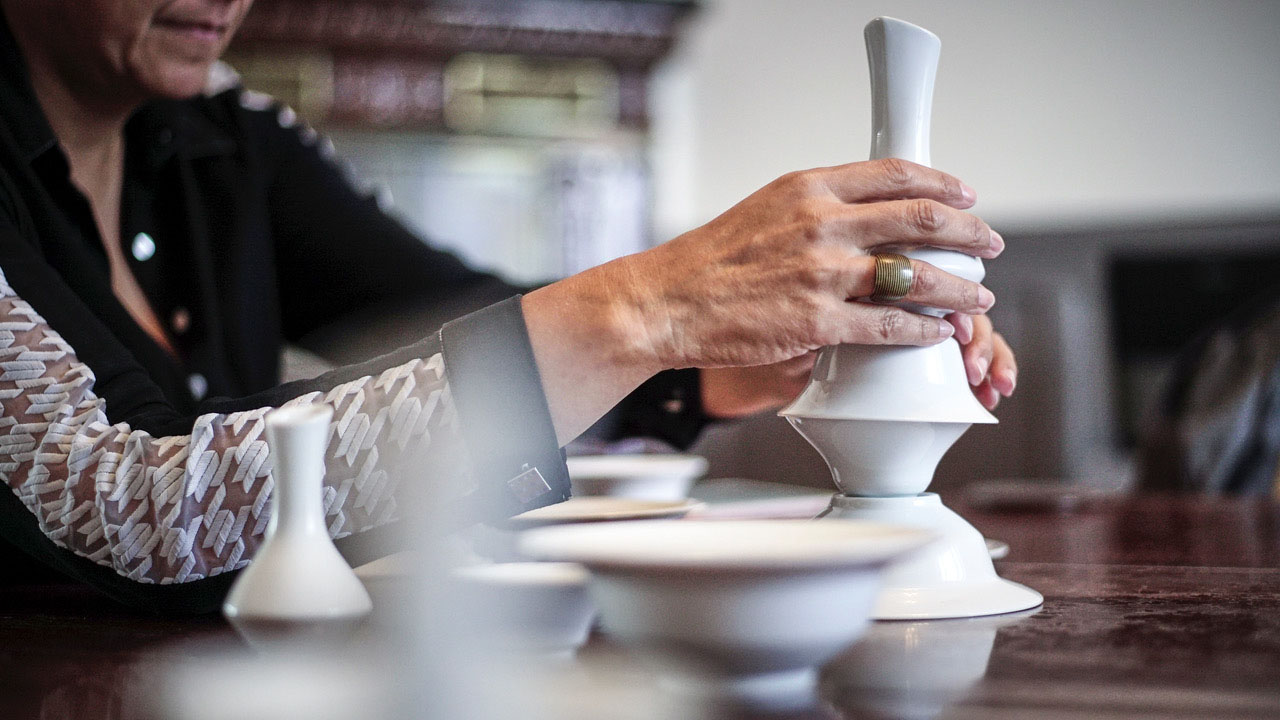 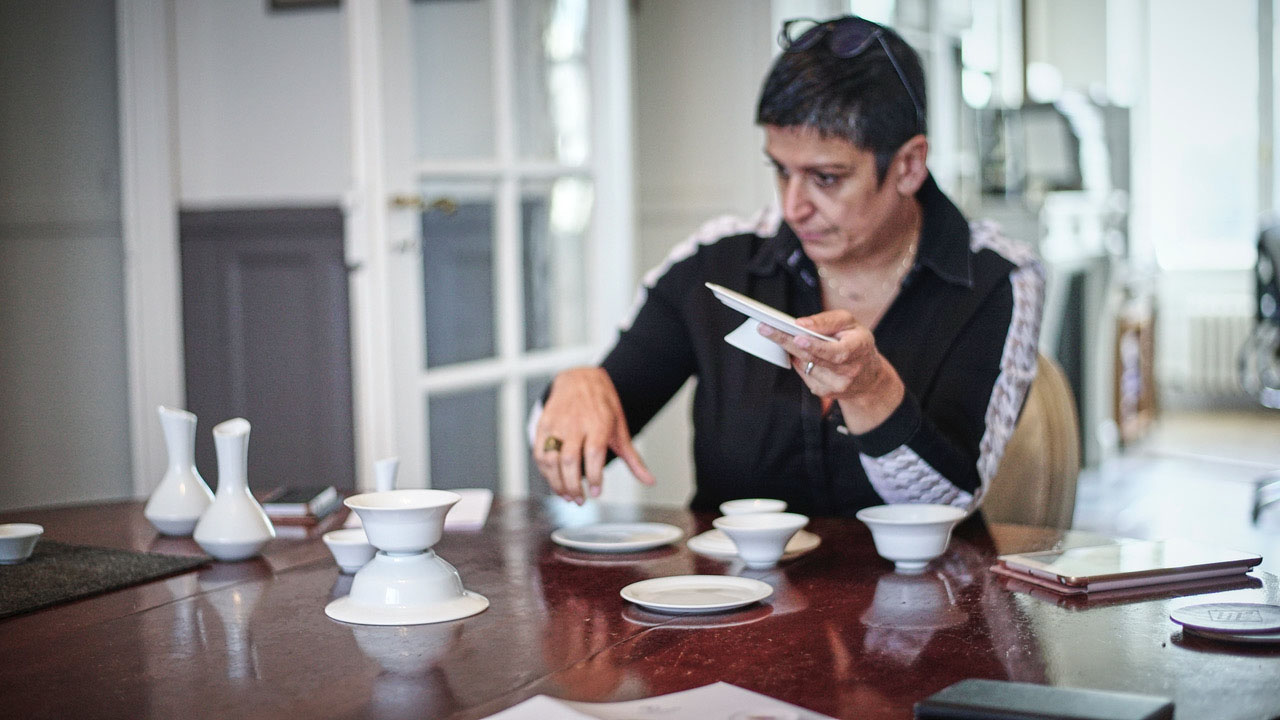