A sweet project at this extraordinary and difficult time.
Michelin star chef, Jean-Michel Loraine from La Côte Saint-Jacques, Relais & Châteaux in Joigny asked us to design a new box for his Dagmar candies.

The Dagmar is a specialty from Juvigny which first appeared in the early 20th Century. It was named after Princess Dagmar of Denmark, who became Empress of Russia following her marriage to Emperor Alexander III. The love of the Dagmar has been passed down from generation to generation and the recipe has not changed, much to the delight of caramel lovers. Chef Jean-Michel Lorain has created a special lab devoted exclusively to the Dagmar at la Côte Saint Jacques, where he manufactures the candies in just the same way as in the past. All the candies are cut by hand and then dipped into home-made caramel.

Given its 100-year old royal ancestry, a new box was called for to house this soft chocolate caramel, coated in a fine crunchy caramel in order to ensure that this candy can continue on its epic journey in a « carriage » designed to embrace modern lines and colours (and more especially the Relais & Châteaux graphic charter created by the Agency!). Long live this delicious delight!

On sale at the Relais & Châteaux, La Côte Saint Jacques 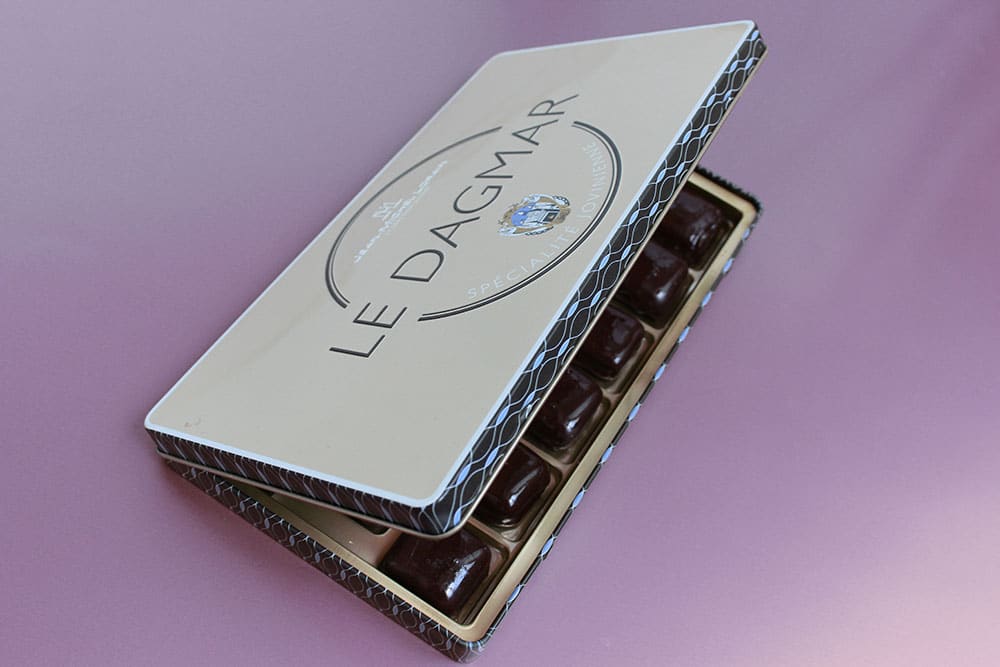