Our new Nectar collection was given pride of place on the Arc France stand at the Ambiente Trade Fair in Frankfurt, with Victor Delpierre acting as brand ambassador and presenting their wares.
To design the Nectar range, we called upon a number of the Studio’s experts, ‘noses’ and ‘palates’ to identify the best shape and size of cup for hot drinks. We surveyed people from every continent to try and determine a standard size (it’s a major headache trying to define a standard cup size for use in brasseries worldwide). We finally opted for an 8cl cup for espresso coffee and a 22cl and 35cl cup for other hot drinks.
Our next challenge was to design a cup that could be used for tea as well as brewed coffees (using the Chemex, V60, Siphon and Aeropress coffee makers) or ‘lattes’ (cappuccinos, customised recipes, hot chocolate, etc…) and a large cup for use in certain countries. It took us over a year to design all three cups.
Although we all pay great attention to the quality of the tea we drink, we don’t tend to pay too much attention to the cup in which it is served. The Nectar teacup is innovative in that it puts the emphasis firmly on the tea. These new cups will convince tea drinkers, ourselves first and foremost, to leave their mugs in their cupboards. Nectar offers the choice between a 22cl or 35cl teacup. Oh and I almost forgot! They come equipped with a vital accessory that tea drinkers will simply love! A tea lid for conveying teabags to the table on top of the cup and disposing of used teabags. And, for those with a sweet-tooth, we have designed a flat spoon for scooping up the milky mousse or other delightful topping that is served on hot drinks today.

Chef et Sommelier published a wonderful interview highlighting our role in the design process. A huge thank you to Laurent and Joelle for their professionalism! 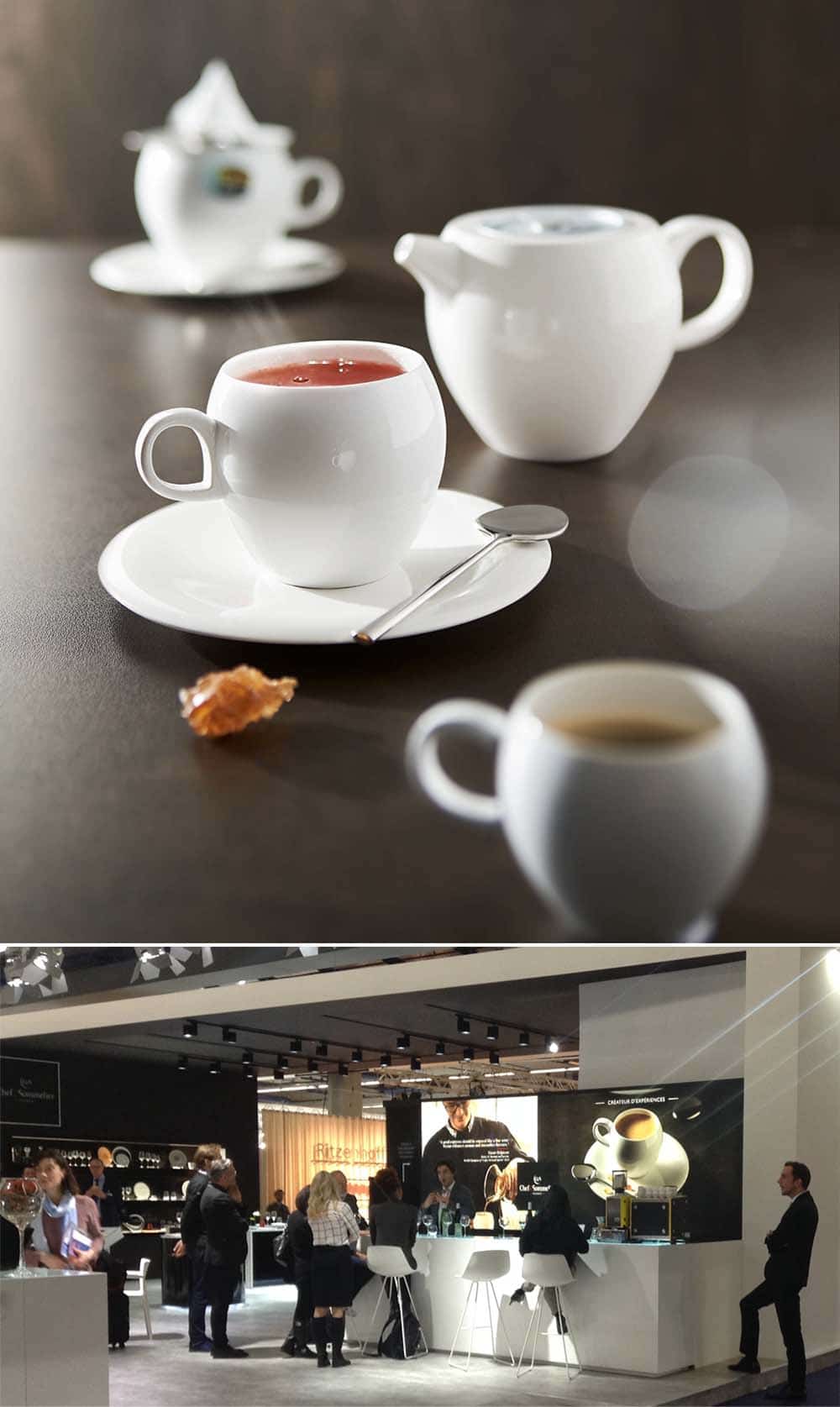 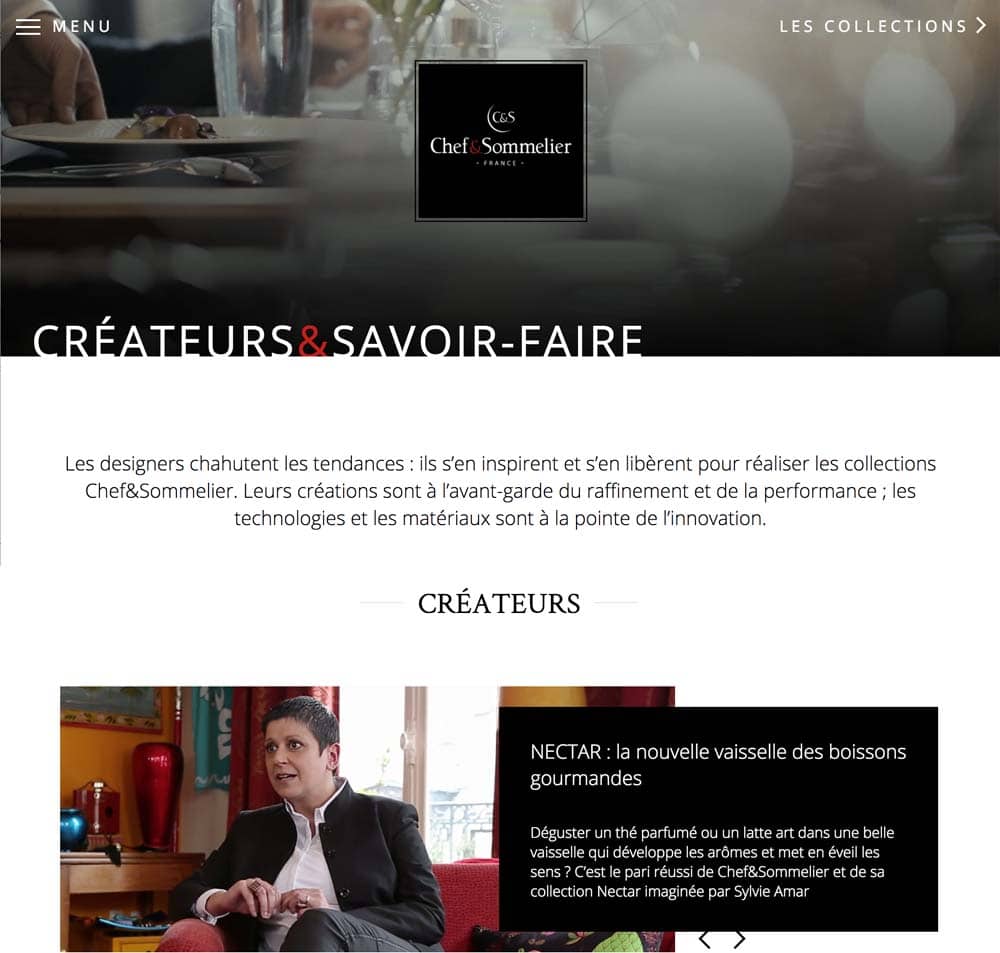 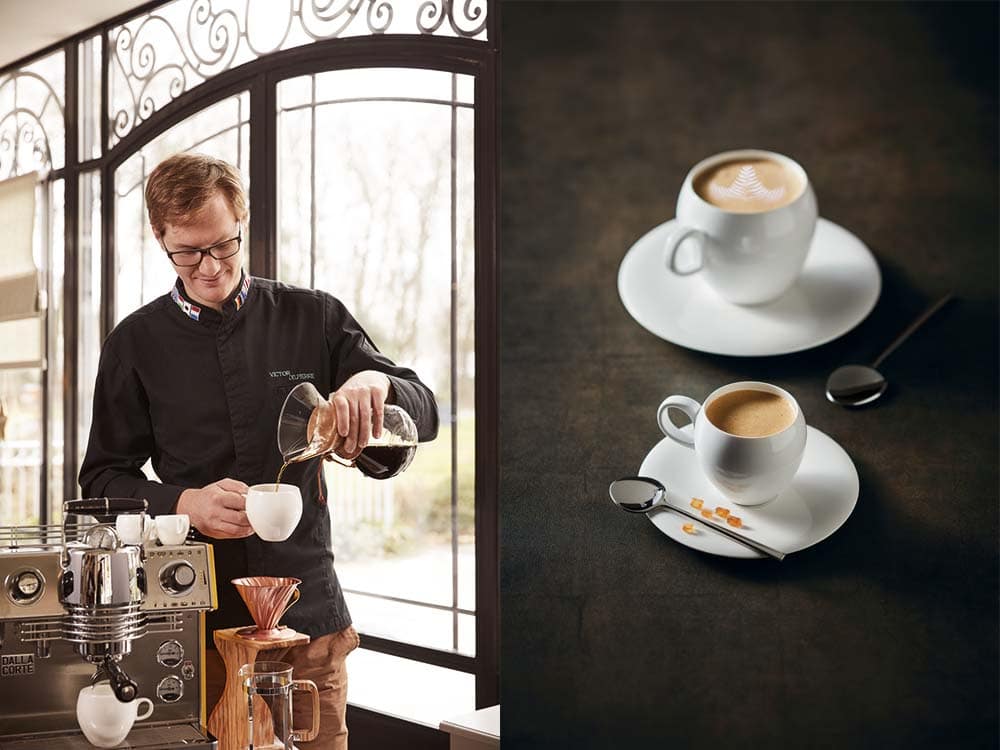