One of France’s most renowned patissier chefs, who we have been helping since he started working for his Meilleur Ouvrier de France (Master of Culinary Arts) award, is a most generous and highly talented man, an absolute treasure in fact… It’s a pleasure to work with Yann Brys (and those who know him will agree that I’m not exaggerating even the tiniest bit). We’ve just created a new identity and website for Yann. It’s difficult to conjure up a universe for such a talented patissier chef… but we used fonts to establish the right balance between sobriety and creativity, his ‘whirl’ effect as his signature and a copper and chocolate colour theme. Yann’s achievements can be seen in the consulting work he has carried out for major brands such as Dalloyau, the Hotel Nolinski as well as the many master classes he has hosted worldwide. Follow him on Facebook or Instagram! We can’t wait for him to set up shop somewhere in Paris so that we can enjoy his creations, but we’ll need to be patient a little longer as he’s concentrating on other things at the moment.

Have you ever seen a video of Yann producing his whirl effect? He goes about it with such precision and grace that it simply leaves you speechless! If you’ve not already seen it, take a look on http://www.yannbrys.fr/portfolio-items/yann-brys, under videos.

The whirl has not only become his signature, but also a symbol of elegance. Many budding patissier chefs have approached him, looking for a mould to reproduce this effect without having to learn to master the skilled movement… Well, they’re in luck! Silikomart have just released a silicon mould for recreating the magic of the wheel (without Yann Brys!).
Take a look at his brand new website and signature recipes! 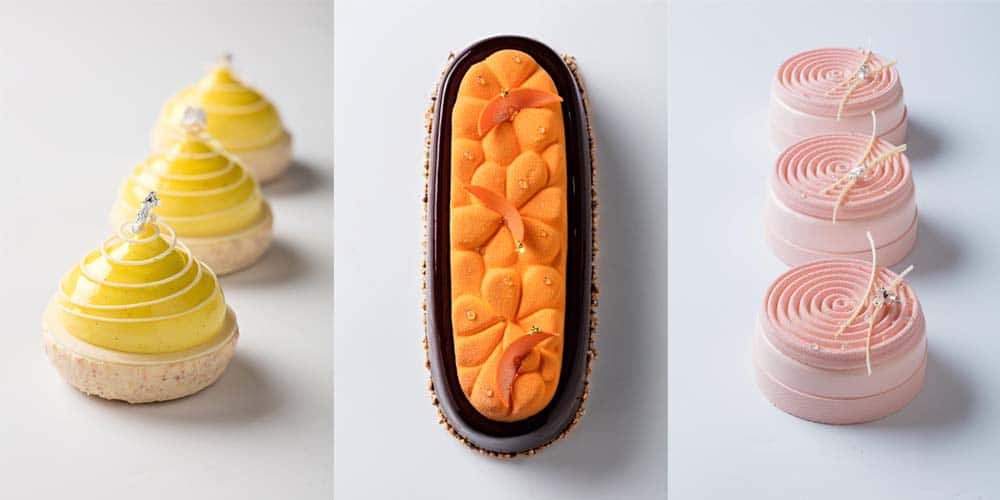